If you would like to add to this material or correct anything that is incorrect please contact me: 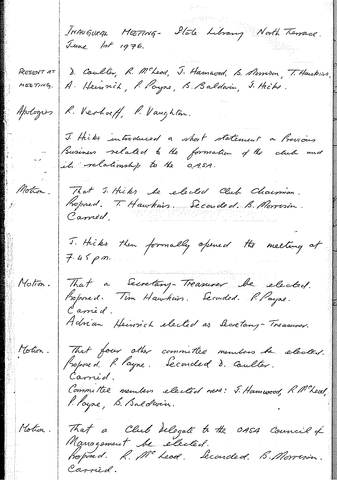 The club was officially formed at a meeting held at the State Library on1st June 1976 chaired by John Hicks.

Shortly after this another meeting was held on 8th June. Key people at this meeting included John Hicks, Basil Baldwin, Ron Larsson and Robert Smith. Ron & Robert are still involved in the club to this day. Inaugural office holders were John Hicks (President) and Adrian Heinrich (Secretary & Treasurer). It was also at this meeting that the club’s name was decided based on research by John Hicks. John consulted a book of aboriginal names and read that a Tintookie is a “little man of the forest.

Click here to see a record of Office Holders over the Years. updated June 2022

TT Champions over the Years:

Highlights over the Years: 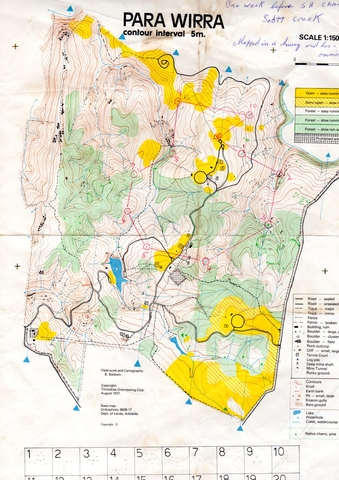 1981: Involved with organisation of the Easter 3 Day event at Wirrabara. Basil Baldwin was the coordinator. 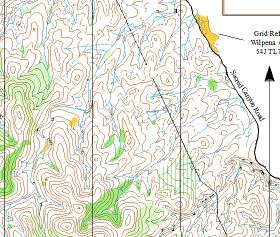 1987: Wilpena Spurs (together with Wilpena Creek belonging to Saltbush Orienteers) was mapped by Basil & Jean Baldwin. This area remains arguably the most complex spur gully terrain of any orienteering map made in South Australia 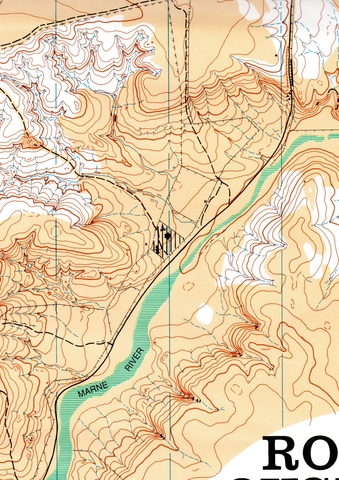 1990: Robert Smith did cartography for a map of Rock Oyster near the mouth of the Marne River. Map to left.

2001: 20th Birthday Celebrations. Ron Laarson was made a life member of the club

2003: Establishment of mapping committee. Work on Dry Creek map (cartography & fieldwork by Ron Larsson & Barry Wheeler with assistance from John Hall (he mapped much of the western part prior to his death) George Reeves and Helen Smith. 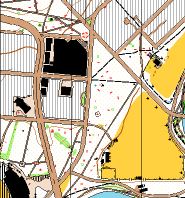 2004 North Adelaide map completed.The first of many editions.mapped by Robert Smith with assistance by numerous club members. The map was unique in that Robert developed a number of symbols that were peculiar to this map. Map section to left.

In collaboration with Yalanga Orienteers the Torrens Mapping Project (managed by Ken Thompson) was established. This is possibly the largest urban master map system in Australia covering 27.8 sq km and including 22 sub maps stretching from Hackney to Highbury.

2007: With further support from UniSA Ken Thompson produced a sprint map of their campus at Mawson Lakes. Map snippe 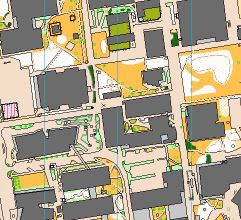 2008: With the support of the Adelaide City Council permanent orienteering courses were established by 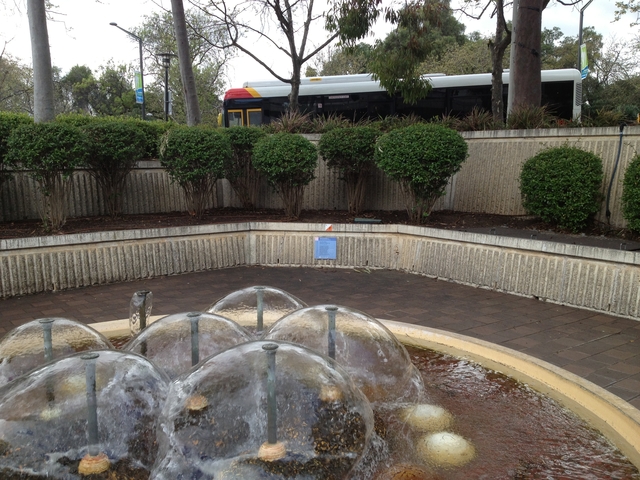 the club in North Adelaide.All courses, originally designed by Fi Pahor start and finish near the Festival Centre adjoining the John Glover Memorial Fountain. Can you see the start marker at left?

Keithcot Farm was also mapped by Ken Thompson in 2008. 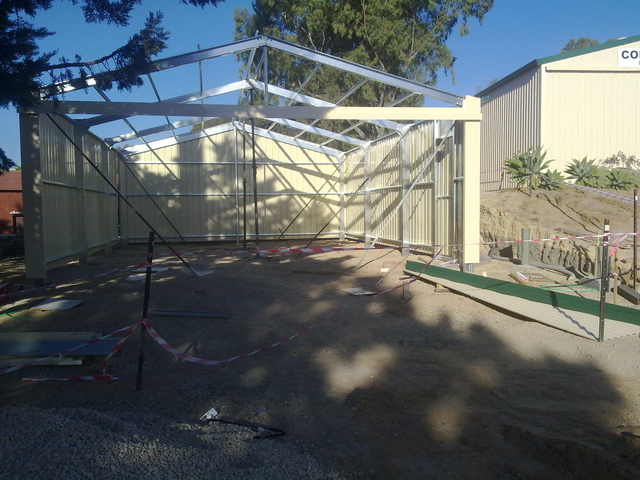 2012: Following a SA Government grant work began on building a club shed at Athelstone on land leased from the Cambelltown City Council. This was a massive undertaking with lots a voluntary work put in by club members. (particulary Barry Wheeler and Geoff Bennett) 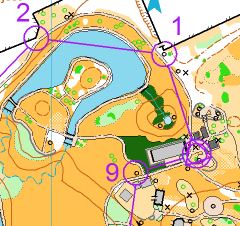 2013: Wth support from Campbelltown Council and the Rotary Club of Morialta permanent orienteering courses were established  at Thorndon Park. The sprint map and courses were produced by Ken Thompson 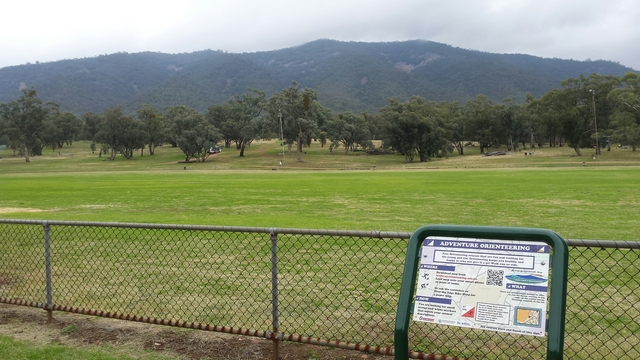 2015: Using a MTBO map originally drawn by Andrew Slattery & updated by Ken Thompson and courses planned by Kay Haarsma two sets of permanent courses suitable for MTBO and foot O were established  adjoining Melrose and at the Melrose Showgrounds. Support for this project was provided by the McCallum family who own the land used for the Ups & Downs map, The District Council of Mt Remarkable and the Over the Bike Shop who make maps available to visitors to the area.This is currently the largest permanent courses project in the state with a total of 10 courses and 38 controls. The photograph shows the start/finish sign at the Melrose showgrounds with Mt Remarkable in the background. 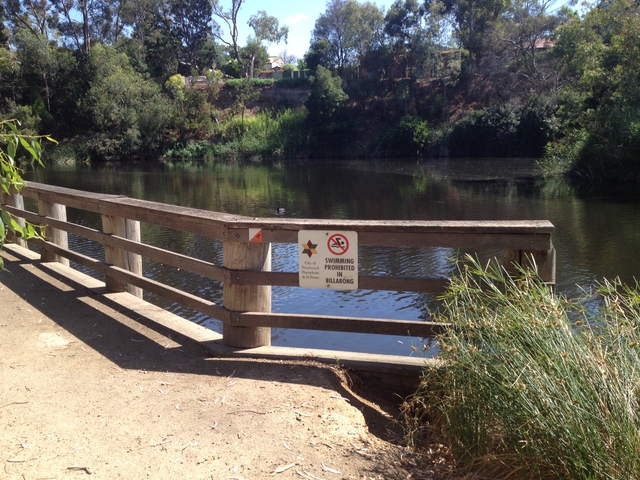 2016: Gil Hollamby converted the 1992 map of what was then called St Johns Bushland Park into an OCAD version following permission from the Hills Council to allow restricted use of the park for orienteering. 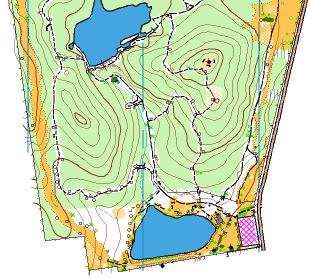 2017: The renamed Lobethal Bushland Park was remapped by Ken Thompson using Gil Hollamby's 2016 OCAD conversion. Permission has been sought from the Hills Council to re-establish permanent courses in the park. To the left is the southern part of this map.