You are visitor number:

Saltbush Orienteers is based in the city of  Whyalla which is located on the eastern side of the Eyre Peninsula in South Australia. The club was first established in 1974. Most of the maps we use are in the nearby Middleback Ranges within 30-60 minutes driving time from the city. New to orienteering:  Click here for more information about orienteering..

The next scheduled local event is a street-park event using the Wetlands-Tower Hill map on Sunday 19th March 2023.  The start location will be advised closer to the event. 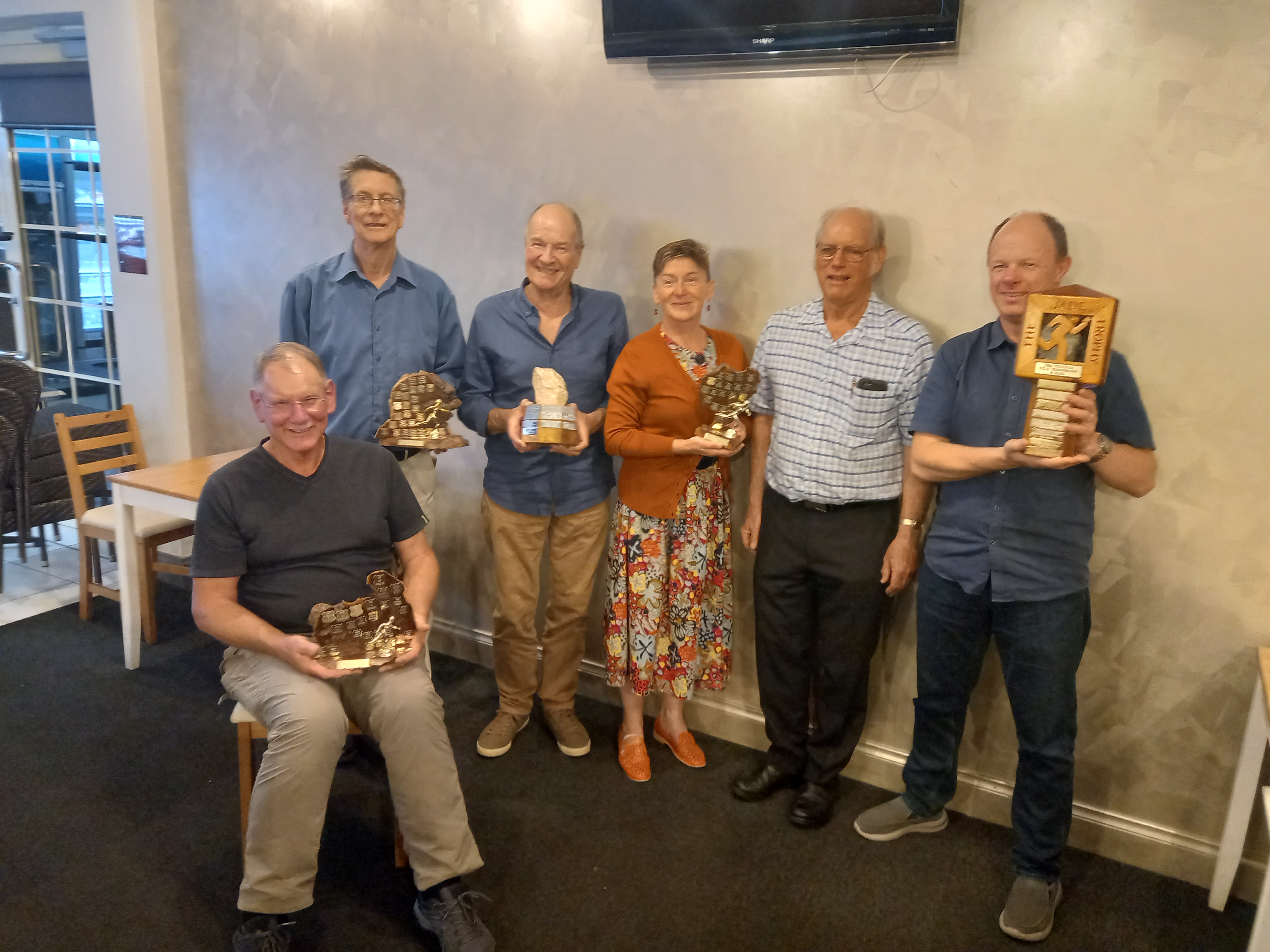 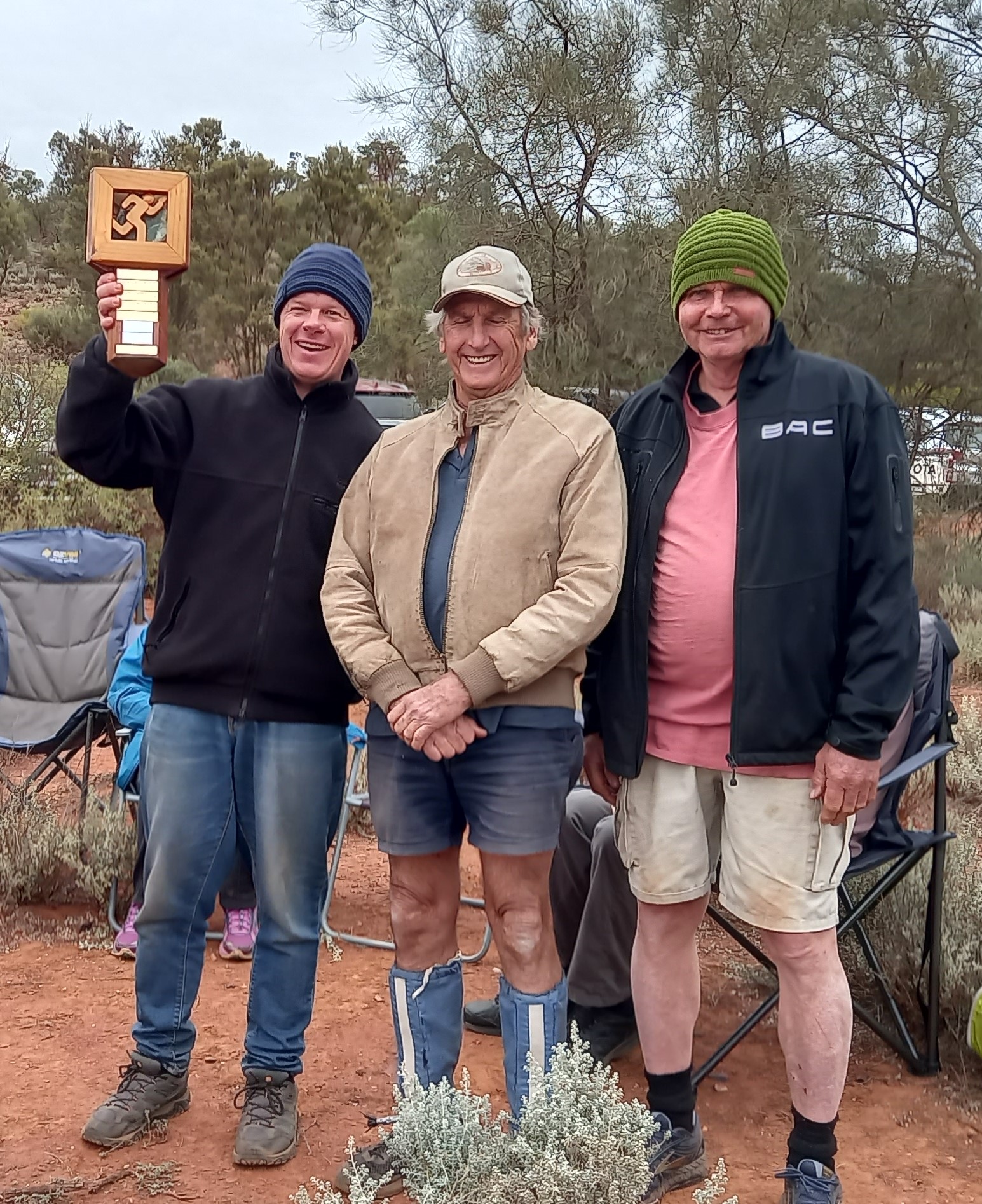 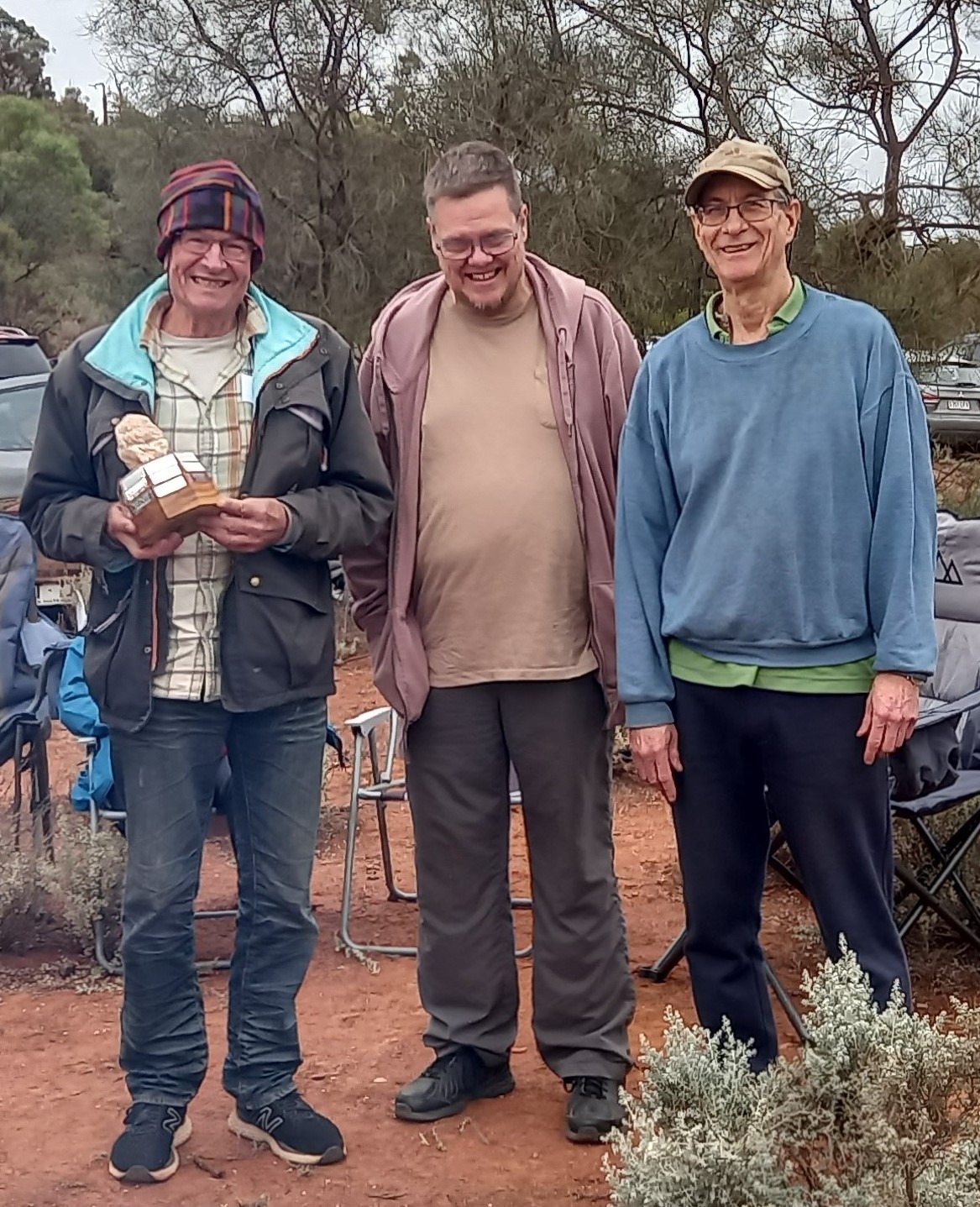 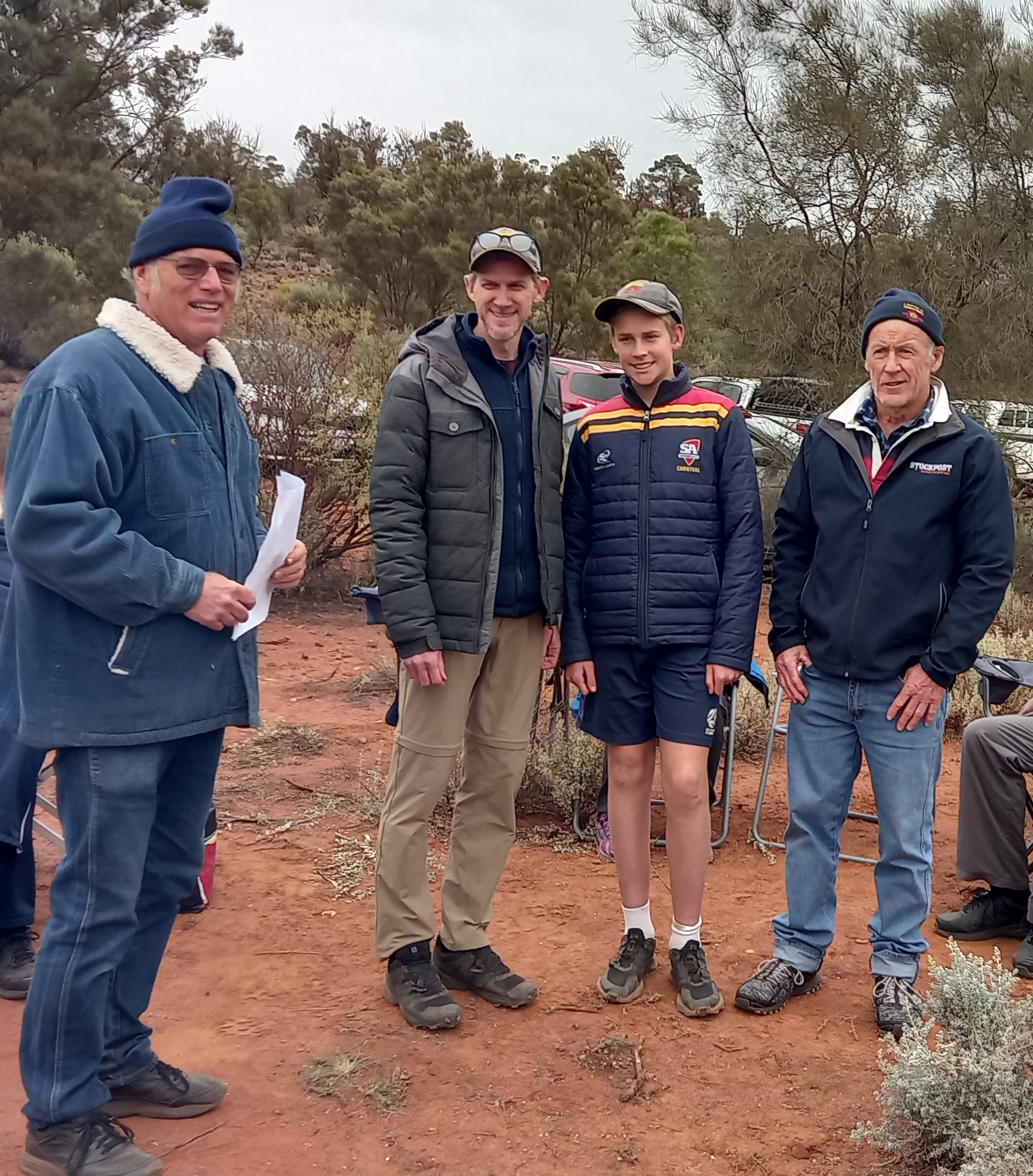 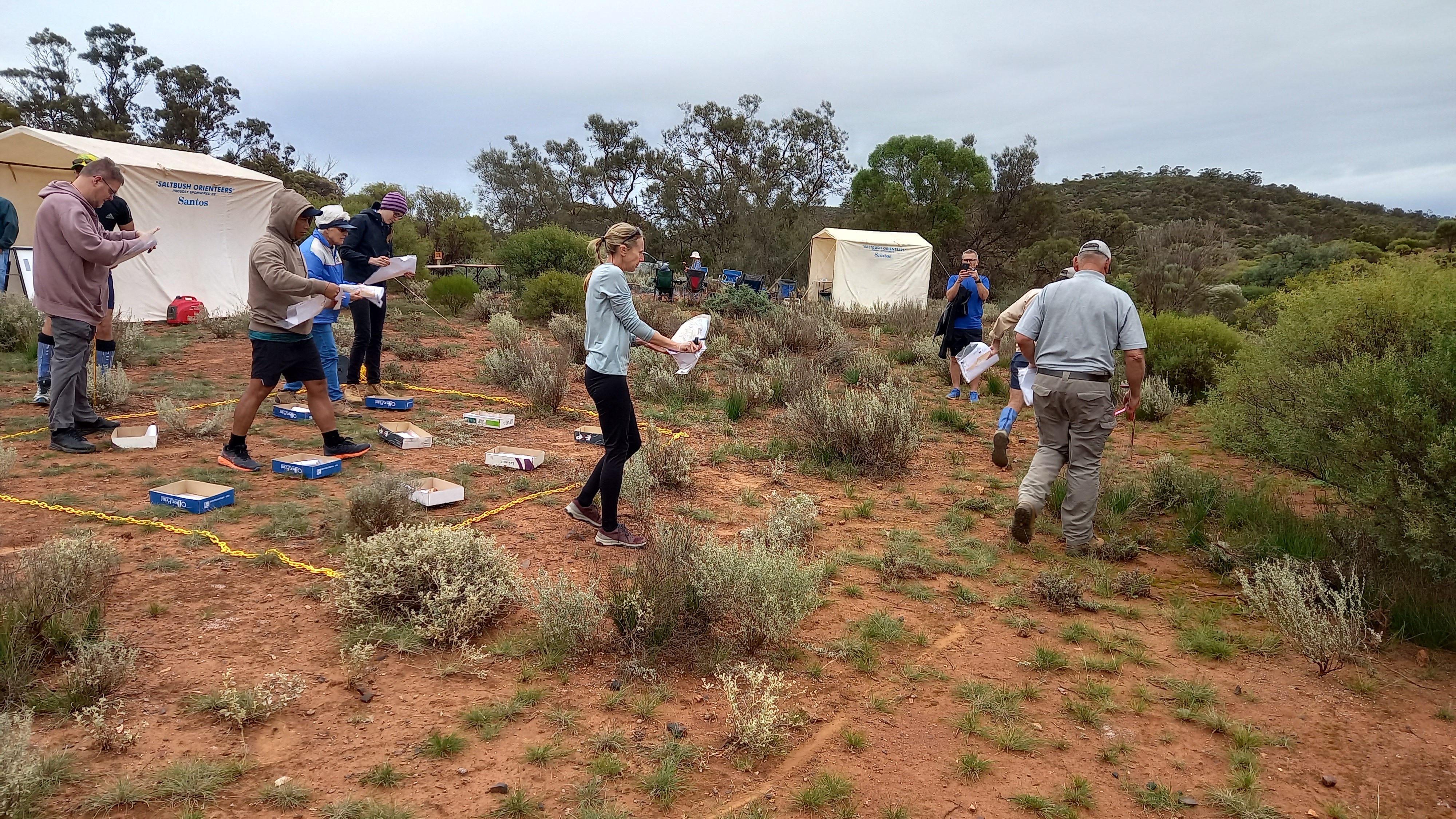 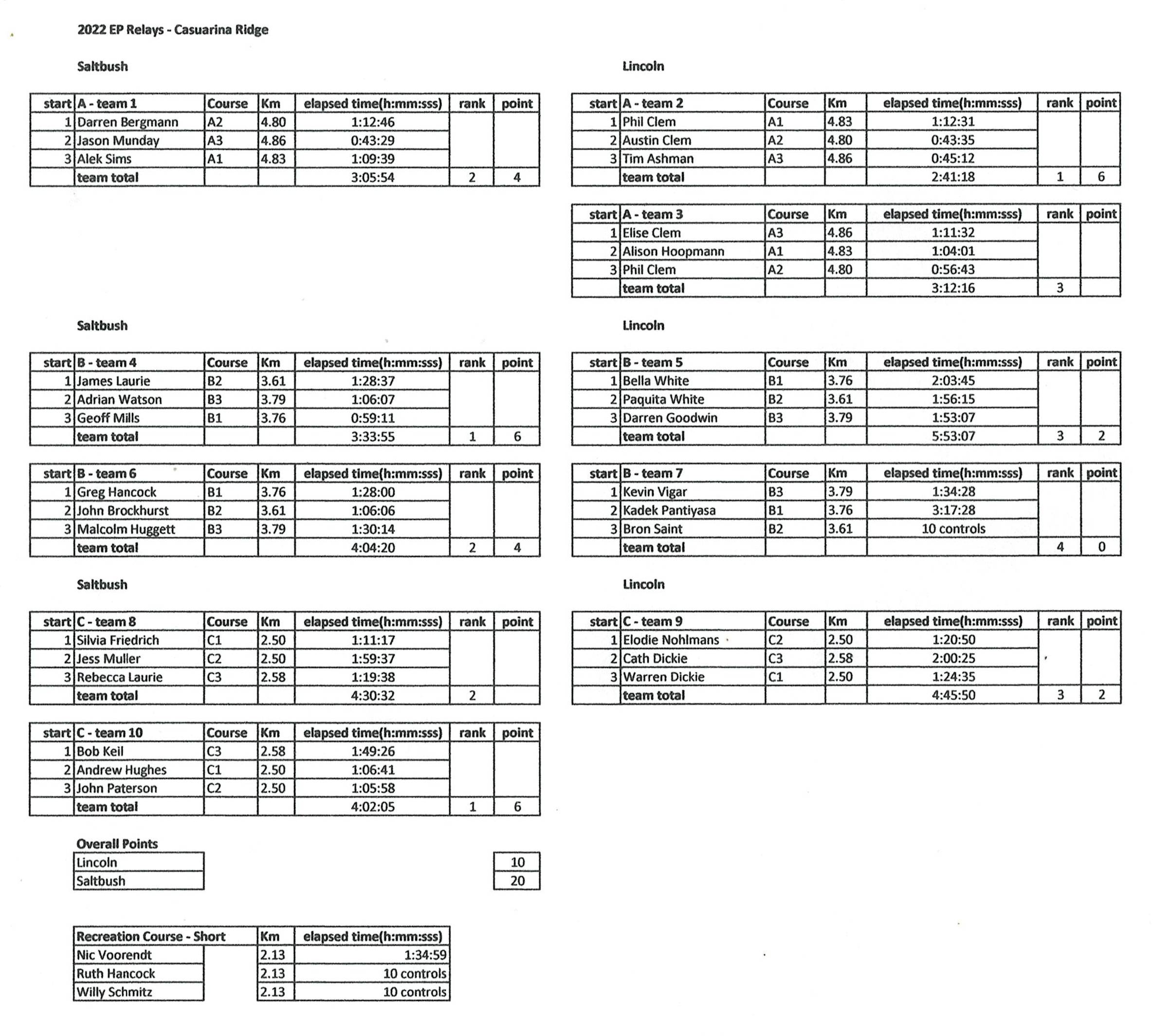 On the 5th December Saltbush Orienteer member Alan Holland was surprised to receive the John Hall Memorial Service Award which was conveyed firstly by Rob Tucker and then by John Lyon through a video link.  His service to the club from 1985 through his mapping of areas, producing new maps, updating and converting of older maps to colour, involvement in the administration of the club from 1986, and organisation and participation in events during this time was recognised by the club.  To quote Greg Hancock "He is and has been a very essential contributor to our club and relied upon by all course setters over many years....Alan has a great love for the sport and will continue to do whatever he can for our club in the future." 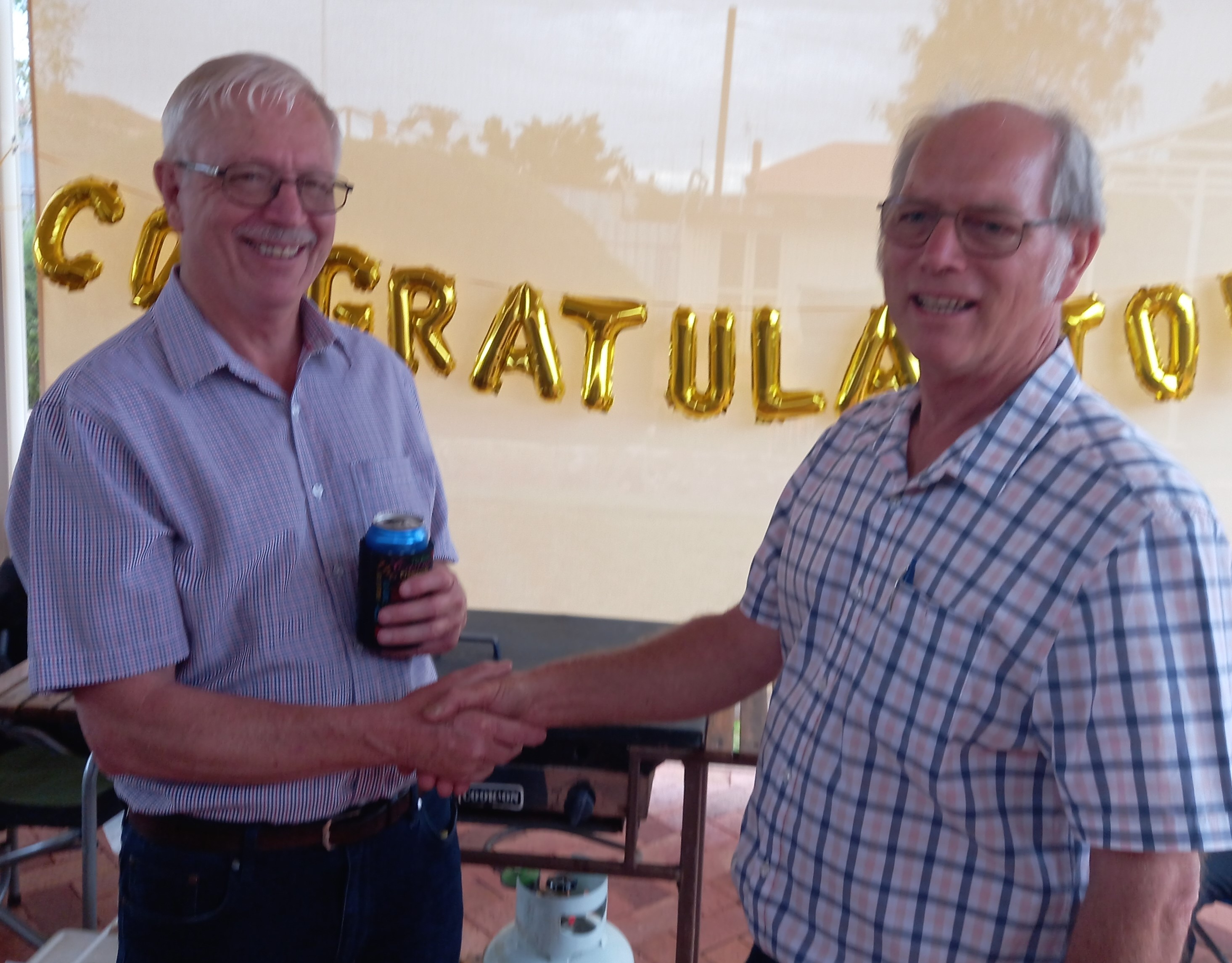 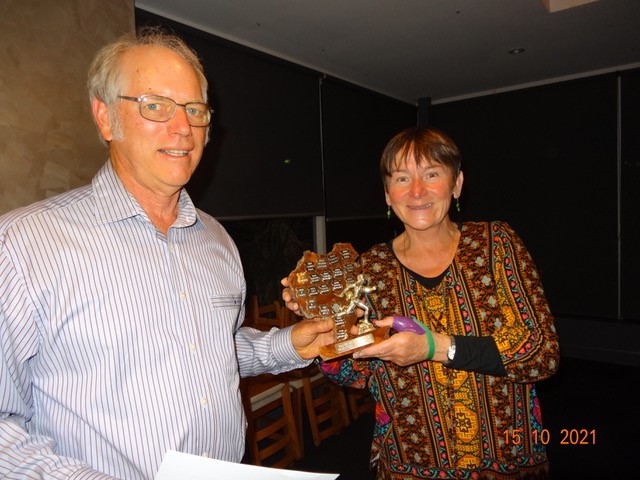 Greg Hancock and Silvia Friedrich - Orienteer of the Year - Female 2021 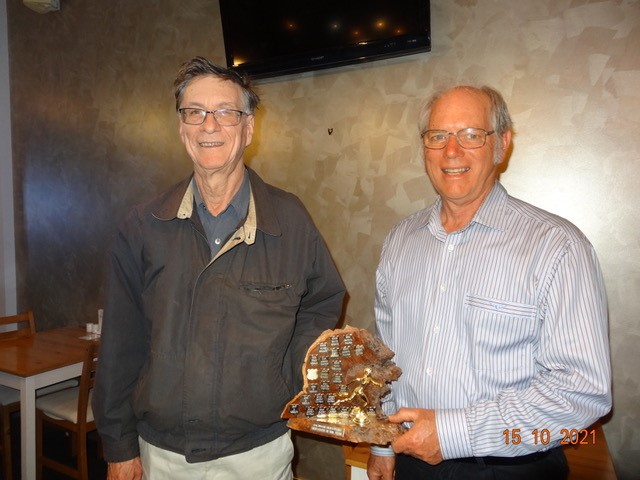 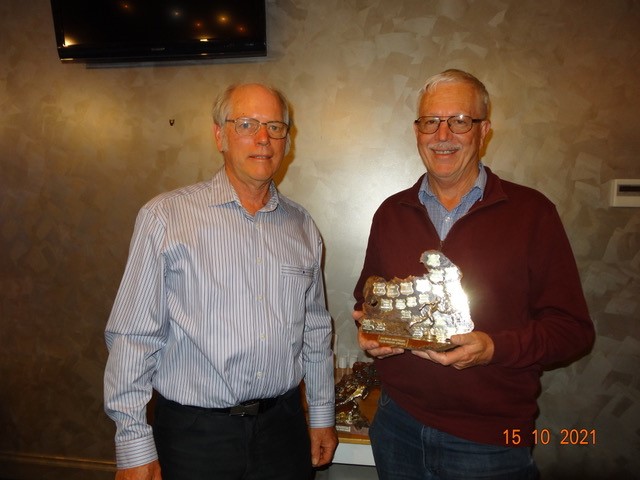 Winners from the 2021 EP Championships 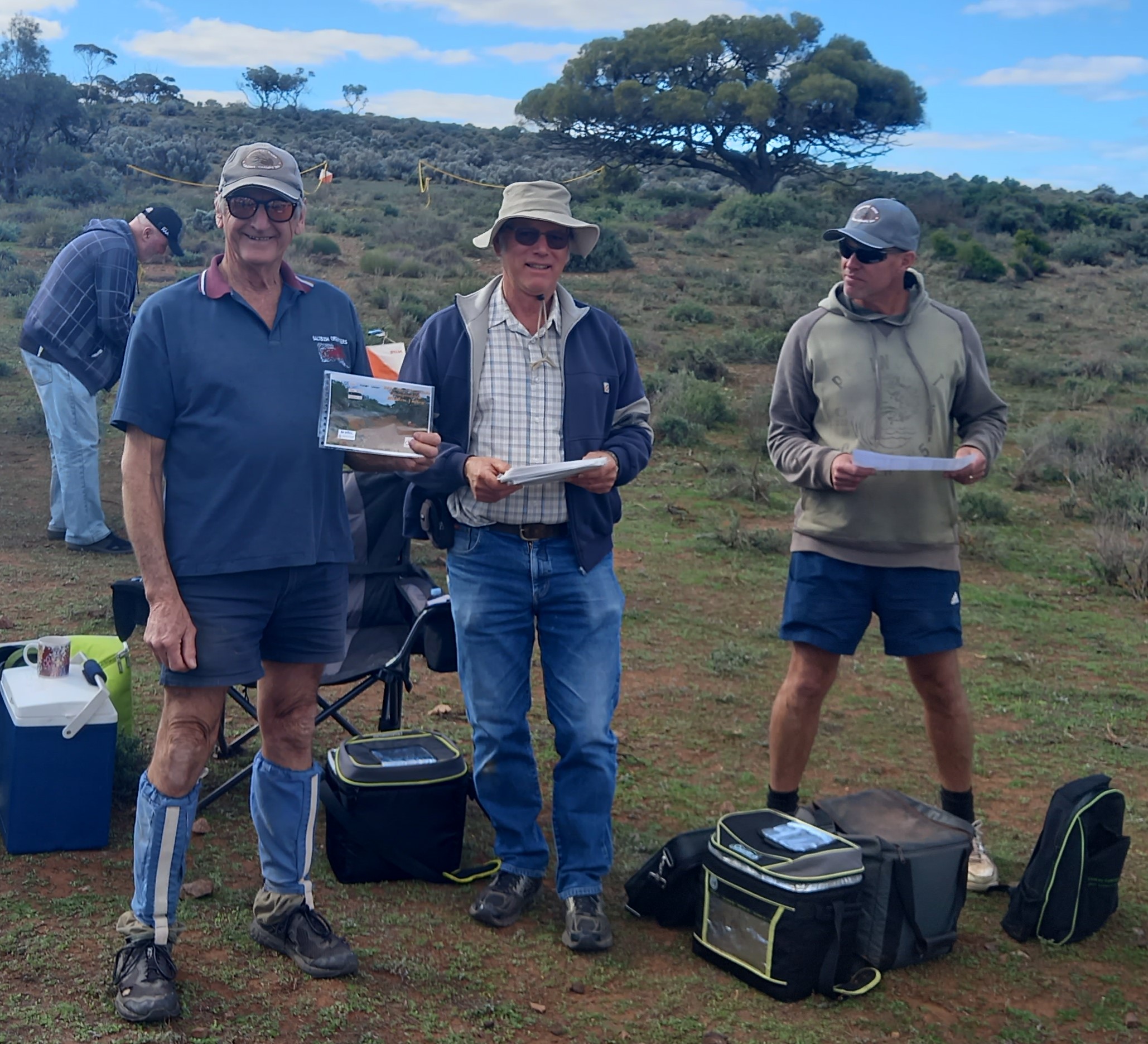 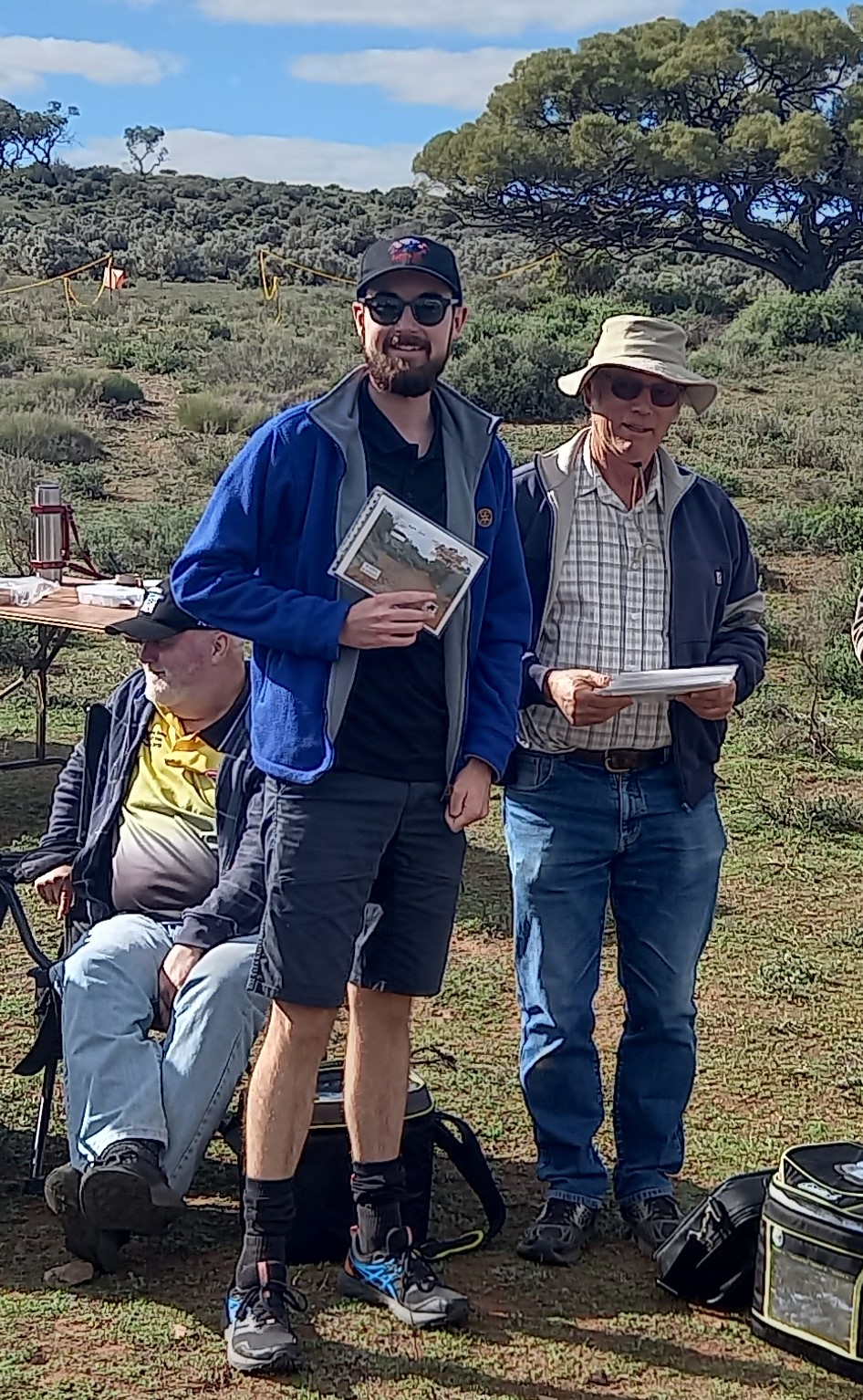 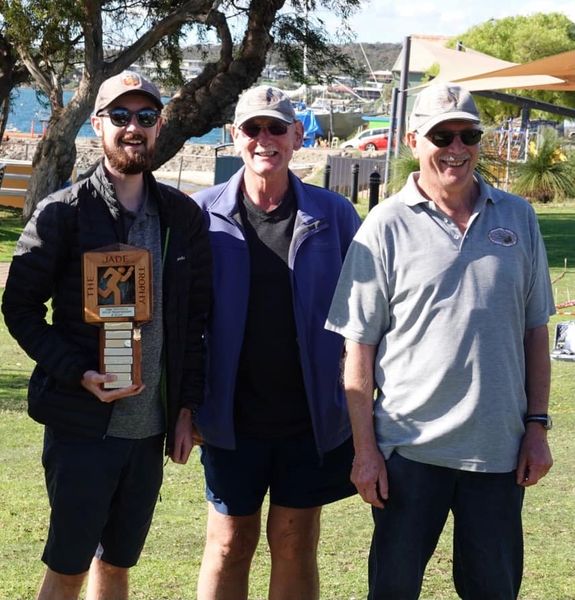 Winners of the B teams and holding the Jade trophy are Saltbush Orienteers Alek Sims (holding trophy), John Brockhurst and Alan Holland at the EP Relays at Coffin Bay on 6 June 2021.  The EP Relays is an annual interclub competition between the Saltbush and Lincoln clubs.  Lincoln won the A and C classes and secured enough points to win the overall winner trophy. 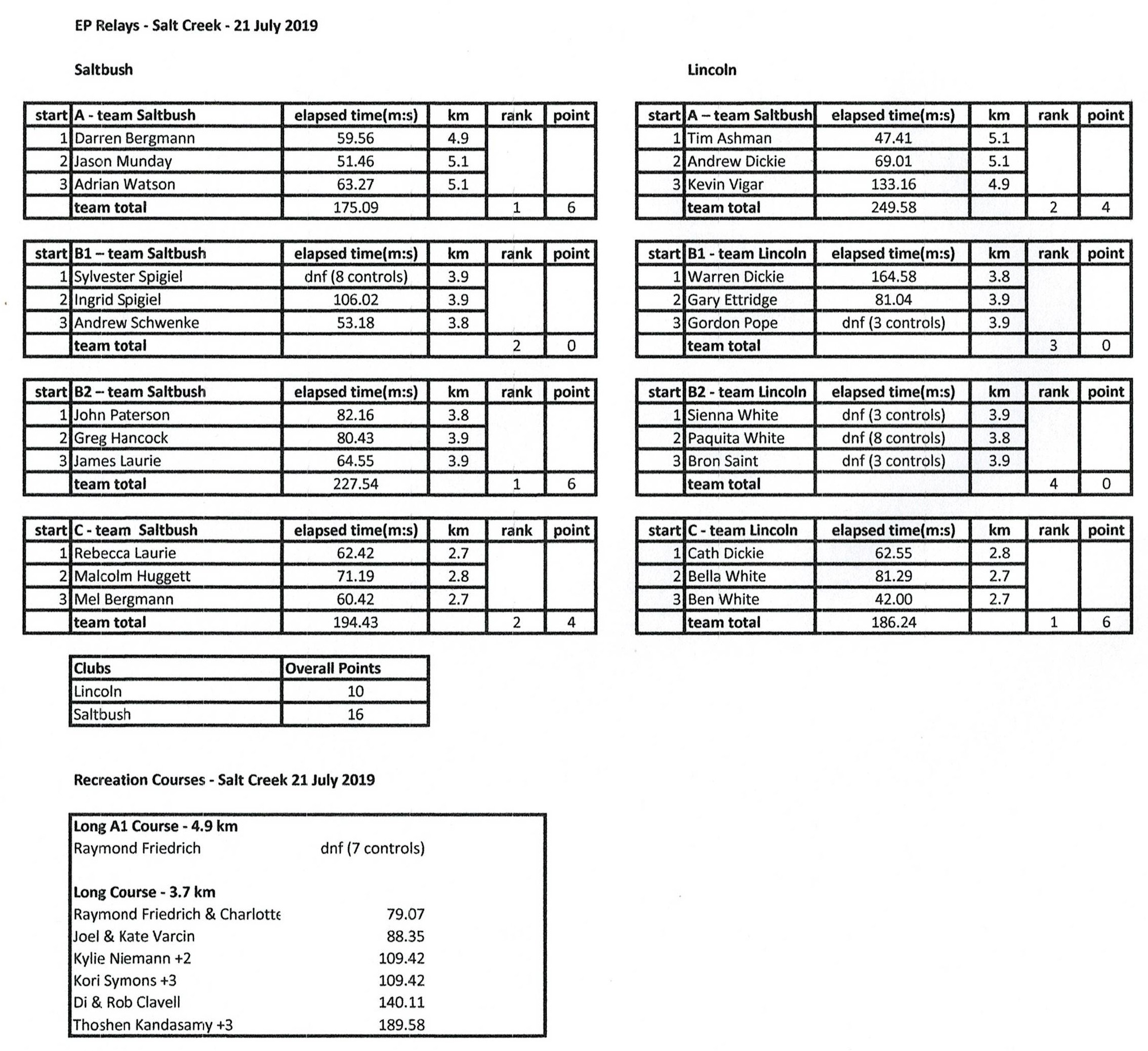 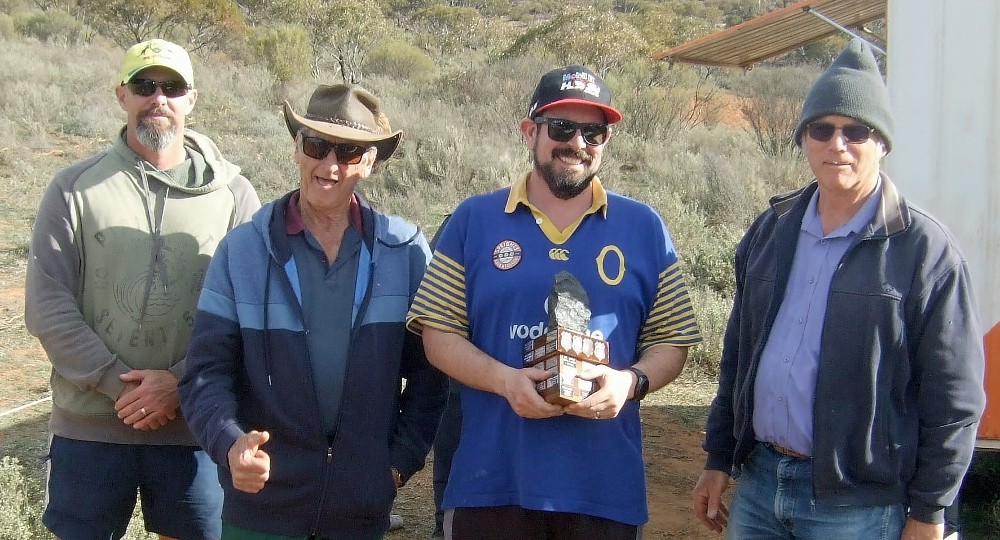 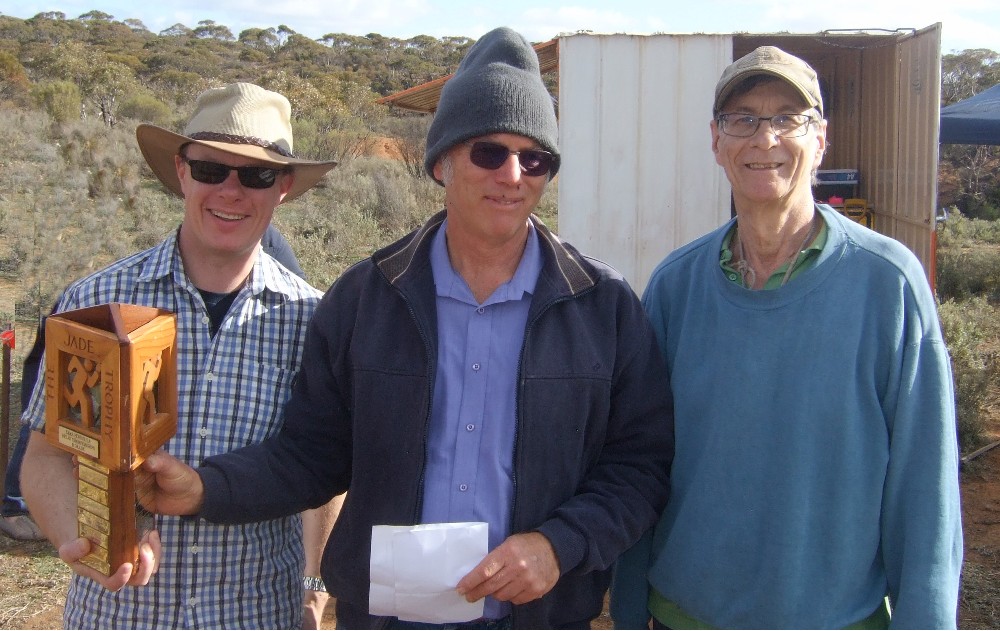