The new Light’s Vision map used for the Twilight Series event on Friday 21st January, is the final map sector that completes the Adelaide Park Lands Project. This project has upgrade previous disconnected parklands maps to the Sprint Mapping Specification. The project started back in 2016 when our first Coach in Residence, Stefano Raus, mapped Veale Gardens in the South Parklands. Since then a number of mappers have contributed to the project – Manu Jurado, Oliver Williams, Max Grivell, Angus Haines, Dante Afnan and Adrian Uppill (who also coordinated the project). 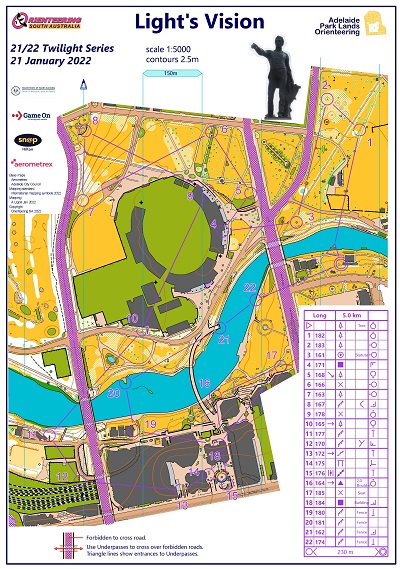 The Light’s Vision map uses some new sprint mapping symbols (will be published soon in a new Sprint Mapping Specification) used to better define two level areas.  Initially two level areas were largely shown in paved areas with a brown stripe for the upper level.  Now additional stripes are used depending on the nature of the levels. In this map the main roads are shown with cross hatch to indicate they were “Forbidden to Cross” for the extent of the cross hatch. A purple diagonal stripe is used where the underpasses are permitted to be used, but the upper level is not.

Another new symbol is the line of small triangles – to show where you can access the lower level, but you cannot leave the upper level.  The line of small black squares is an existing Sprint map symbol which shows access under a top level which may be a road or building for example. 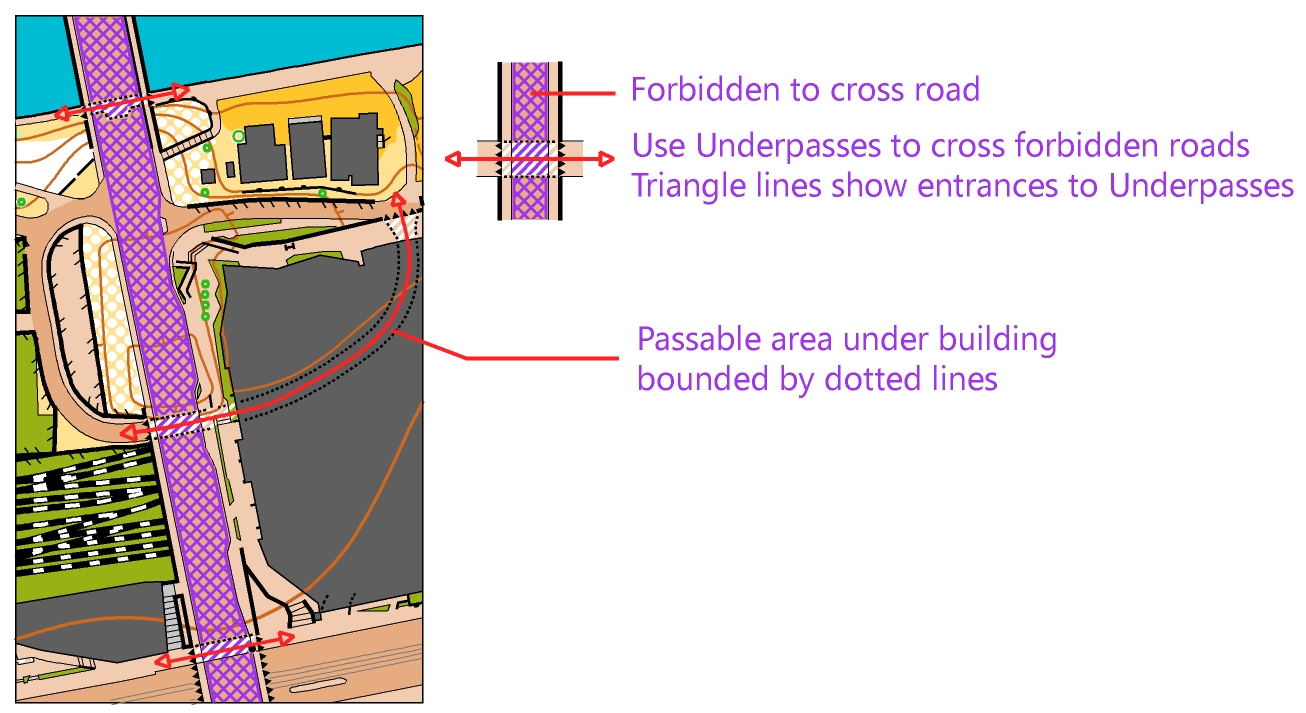 The example belwow shows the line of small triangle symbols as an entrance to a two level area.